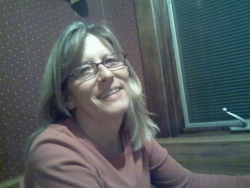 Cheryl Jan (Harris) Bounous was born October 7th, 1954 in Gordon, Nebraska to Gerald Wayne Harris and Bernice Eldeen (Diffendaffer) Harris. She was the third of three children born to this blessed union.

Cheryl was a proud farmer’s daughter who enjoyed helping her father on the family farm/ranch near Denby, South Dakota. She was brought up to appreciate the value of hard work and family. She enjoyed spending time with her siblings and cousins. This is something that would continue all throughout her life.

She graduated from Gordon High School in 1973.  On June 24th, 1978, the day before the tornado came through Gordon, she married her lifetime love and partner Timothy James Bounous. To this union, they were blessed with three children. Brandy Kay, Bradley James, and Kara Lindsey. Cheryl was a very dedicated wife and mother and would do anything for them. This included telling them what they needed to hear. Everyone in her family could attest to that. She was extremely loyal and loving. Something that would continue to her last day.

Outside of family,  one of her passions was home improvement.  She loved building and working on projects. Her backyard and garden were a big source of pride. She loved drinking coffee while listening to the birds and admiring the fishpond that she built herself. She was especially fond of cardinals on the rare occasions they would visit her backyard. They would bring her comfort and joy.

Cheryl was well-known in the community. Her work experience allowed her to serve many people in Gordon. She waited tables at the Hacienda for many years. It was here where she learned the recipe for the best prime rib in the area. In the early 1990’s she continued her service to the community at State Farm insurance in Gordon.  She enjoyed helping the people of her hometown.  She continued serving the people of Gordon by being the friendly face they saw when they came into the Gordon Clinic. For fifteen years she enjoyed the ability to help serve the people who needed medical care.

This allowed her to get to know many people in Sheridan County and she deeply cared about their wellbeing. She finished her career by working for Modern Farm Equipment. For thirteen years she worked with her husband.  Something that she thoroughly enjoyed. (We think.) Someone had to make sure he got all of his work done, she would remind people.

She also served the youth by helping Tim coach girls’ softball for fourteen years. She enjoyed being on the ball field, base coaching and taking stats. She liked baseball/softball because it was a sport she knew the rules and could follow. This enjoyment continued later in life as she enjoyed watching her grandchildren play the sport.

Cheryl was a loyal friend. She was hardworking, tough as nails, and would tell you how it is. She was deathly afraid of snakes and not much else. She appreciated a good thunderstorm and made the best prime rib you would ever taste! She enjoyed good rock music and a cold margarita; on the rocks, please! She was fortunate to have traveled to many places around the world, but Gordon, Nebraska was always her home.

She was a proud farmer’s daughter who loved her family more than they will ever know.

Cheryl left this world peacefully on January 17th, 2021 in the comfort of her home. She entered the kingdom of heaven on the same day as her beloved father had thirty-two years prior. Something that is not a coincidence.

God might not be ready for her yet, but he does not have a choice. She has already knocked down one of his walls in his living room just to make it a little bigger.

Funeral services were held Friday January 22, 2021, 10:00 AM at the United Methodist Church in Gordon and burial was in the Gordon Cemetery.

A memorial has been established for C.A.R.E. or St. Jude’s Children Hospital and donations may be sent in care of Chamberlain-Pier Funeral Home, PO Box 366, Gordon, NE 69343.