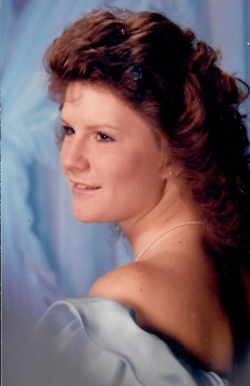 Rayann Jane Hanks, 51, of Burwell, Nebraska died January 26, 2021 at the Community Memorial Health Center in Burwell after a battle with Huntington’s Disease.

A memorial service will be 10:30 a.m. Monday, February 1, 2021 at the United Methodist Church in Burwell, Nebraska.  Inurnment will be in the Ord City Cemetery in Ord.  Jon Macdonald will officiate.  Visitation will be from 5 – 7 p.m. Sunday at Hitchcock Funeral Home in Burwell.  In lieu of flowers, memorials are suggested to the Hereditary Neurological Disease Centre.

Rayann was born January 11, 1970 in Rushville, Nebraska to Robert and Norman Jean (Perreten) Davis.  She graduated from Rushville High School in 1988.  After graduation she attended Chadron State College and Kearney State College.  Rayann worked as a CNA at nursing homes and hospital.  Rayann took pride in her work and kindness for those she cared for.

Rayann married Shawn Hanks on March 30, 1996 in Kearney, Nebraska.  In 2005 they moved to Ainsworth, Nebraska for Shawn’s job.  Rayann worked in the Bassett and Ainsworth Nursing Homes.  In 2008 Rayann was diagnosed with Huntington’s Disease.  They moved to Burwell in 2012 and Rayann became a resident at the Community Memorial Health Center.

Rayann was preceded in death by her parents. Four siblings, Ricky Davis as an infant, Robert Davis, Ronda Ronnfeldt and Becky Graham.