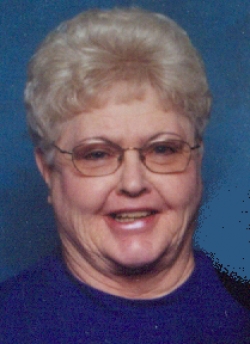 Judith A Taylor (Bolek) was born March 30, 1944 to Joseph and Edna Bolek in Rushville, NE.

Judy was finally reunited with the love of her life on April 2, 2021. Her beloved husband of 51 years (June 1, 1963) Jack Taylor, died in 2014, and Judy spent the last six years talking about how much she was looking forward to seeing him in heaven.  Together they lived out most of her life in the Sandhills on ranches.  After retiring, they moved to Ogalalla to be involved with their grandchildren.  During that time she shared her love with numerous children she babysat.  Judy was a kind person, great cook, and gentle soul.  Jack and Judy shared a love for children and together they raised 3 children Stesha (Nick) Burri of Ogallala, Chris Taylor of New Mexico and Stella (Jim) Coldiron of Kentucky.  Her grandchildren Tyler and Kade Robertson and Rylee Burri of Ogallala, Celia (Michael) Smith & 2 Great Granddaughters, Phoenicia, Tamara and Jacob Coldiron of Kentucky.  She is also survived by her sister Patricia (John) Bauer ,  brothers Gary (Vikki) Bolek, Richard (Carolyn) Bolek, Joe (Judy) Bolek, Lynn Bolek and numerous other family members and close friends.  She was proceeded in death by numerous family members including her mother, father, brothers Dwayne, Larry, Melvin, Jerry and numerous nieces nephews and other family members.

Funeral services will be Monday, April 12 at 2p.m. at the Bates-Gould Chapel with Pastor Dennis Gruber officiating.  Burial will be in the Alliance Cemetery.  Visitation will be Monday after 9:00 am until service time at the funeral home.  Memorials may be given to In Memory of Judith Taylor care of Stesha Burri at 410 W. M Ogallala, NE 69153.

Online condolences may be left at www.batesgould.com