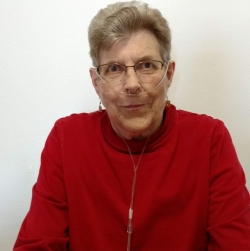 Sharon J. Maltbie passed away peacefully on Tuesday, March 30, 2021 at Parkview Assisted Living in Rushville. Sharon was born on July 13, 1943 to Aletha & John Case in Chadron, Neb. where she grew up and attended school.

After her high school years, she attended beauty school, married, and had two children. Eventually, Sharon moved to Pueblo, Colorado where she met the true love of her life, Darius Maltbie. They were united in marriage on May 12, 1977. Despite Darius being a big Oklahoma Sooner fan, the die-hard Cornhusker fan, Sharon, built a life as a blended family with four more children until their youngest was born.

Sharon held a wide variety of jobs from managing apartments to driving a mail truck. After years in Colorado, Sharon and Darius returned to her beloved Nebraska where she was very active with the American Legion Auxiliary. She loved being of service and took great pride in being an active member of the community, which was seen during her time as a volunteer at the Veteran’s Hospital in Hot Springs.

Sharon was a “Master Yahtzee Player”, enjoyed word searches, and was known for sharing friendly emails to friends and family. In fact, there was rarely a day she wasn’t wishing someone a happy birthday on Facebook.

After losing Darius in 2018, Sharon moved to Parkview Assisted Living where she continued to be very social and enjoyed passing the time with fellow residents.

Sharon was preceded in death by her husband Darius, her father John; step-father Frank; and mother Aletha. She was also preceded by her brother, Delbert.

The Chamberlain-Pier Funeral Home in Gordon helped the family with arrangements and a private family service will be at a later date.