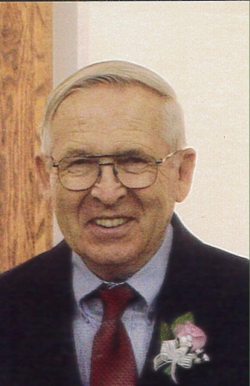 John Joe Novotny passed away July 22, 2021, at the age of 82 at Rapid City, S.D. He was born on April 18, 1939 to Adolph and Albina (Koupal) Novotny. He was delivered by a midwife in Martin. He was the youngest of 6 children. As a young child his parents and 5 siblings, Dorothy, George, Jane, Larry and Dorine moved to a farm south of Gordon, Neb., in 1940. Just before Christmas in 1941 they moved to the farm 3 miles east of Batesland that they had purchased. His grandmother Anna Novotny also lived with them. John attended the one-room Barten School from first to sixth grade and attended school in Batesland for seventh and eighth grade. None of the family attended high school so he didn’t get to either, but he did complete his GED by correspondence from American School.

In 1956, he joined the Army and went to basic training in Ft. Leonard Wood, Mo. and served in Fort Caffee, Ark. On September 19, 1959, John married Phyllis Stolte in Rushville. They lived on the farm in a mobile home. In July 1961, David was born. They sold their mobile home in 1964 and moved in with John’s mom Albina and grandmothers Anna and Mary, at the farm until January 1965, so that they could build a new home one mile east of the family farm. February 1965, Julie was born. John dug the basement with a Ford tractor and blade and a Farmhand loader. He and Phyllis then built their basement home with a garage. Then, in 1970, they built a Capp Home, purchased in Rapid City, on the basement. They started out with some farmland, a small cow herd and built a barn. They also started out with some sows. Eventually they sold all the cattle and built a farrowing barn and raised hogs from farrow to finish. Along with the livestock they continued to farm but eventually they sold all the hogs and just did the farming. In 1993, John began to no-till farm.

John worked for the ASC office checking farm fields for compliance. In 1957, he worked for the State Highway department surveying crew before they made the highway from Batesland to Pine Ridge. The money he earned made a down payment on his new 1958 Chevy Impala car. He sold the car at a later time and then was able to buy it back years later and up till his death he spent time restoring it. John served for 8 years on the FSA County Committee, Church council at St. Paul’s Lutheran church in Batesland, Central School board in the 1970s, the Gordon Co-op Elevator board, sold Vigortone Feed for 20 years. He was chosen by the Martin JC’s as the outstanding young farmer from Bennett County in the 1970s. He has traveled to all 50 states including Alaska and Hawaii, Canada, Mexico and the Bahama Islands.

John and Phyllis celebrated their 50th wedding anniversary in 2009. In 2012, he lost his wife Phyllis to a battle with cancer. He then retired from farming. In 2016, he married Shirlee Rice and they lived at his farm. In his retirement he and Shirlee enjoyed traveling, going on short trips for a few days to see some new places and going to coffee at the Gordon Senior Center.

Funeral Service will be at 10 a.m., Friday, July 30, at Our Redeemers Lutheran Church in Martin with inurnment at the Gordon Cemetery at 1:00 p.m.

Bennett County Funeral Service is in charge of arrangements.