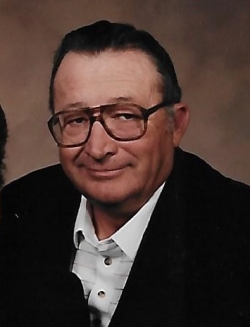 William Albert Meng went to Join his wife to be with the Lord on Thursday May 13th, 2021 at his home in Gordon Nebraska. Bill was born on September 12th, 1938 A.D., the third child of 4 to Albert G. Meng and Hellen I. Meng.

He attended Country school at Round Top school until eighth grade then attended High School at Chadron Preparatory High School in Chadron Nebraska. He also attended South Dakota School of Mines for 2 years where he studied engineering and participated in football and wrestling.

Bill met Donna Wyland at the ZCBJ dance hall west of Hemingford. They wed at Gering, Nebraska on August 24, 1961. They moved to Gordon Nebraska, in 1966. To this union 3 boys were born. William John Meng, (Susana) of Gibbon, NE; George Meng (Lorri), of Gordon, NE; and Thomas Meng (Dolly) of Shelton, NE.

Bill owned a sawmill with Bob Richardson until he went into the service in 1961. In the army he completed courses in math and electronics which enabled him to be a Radio Electrician. He was Discharged from the Army in 1964. He then gained employment with the Northwestern Bell Telephone Company, followed by U. S. West Telephone, and retired with Great Plains Communication in Gordon Nebraska.

He was preceded in death by his wife Donna Kay Meng, his parents Albert and Helen (Harrison) Meng, and his sister Sally Cullers.

He was loved and will be missed by his several generations of nieces & nephews as well.

More in this category: « Lyle Horn