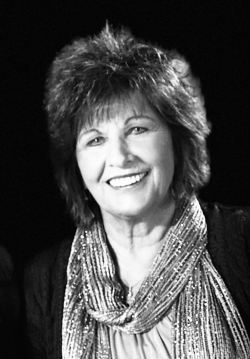 Maurene Gail Garner passed away at her home in North Platte surrounded by her loving family on January 18, 2022, at the age of 67.

Maurene was born to Maurice and Jurene (Powell) Green on September 10, 1954, in Alliance where she grew up. Maurene graduated from Alliance High School in 1972 then moved to Omaha where she worked for Mutual of Omaha. She then settled back in Western Nebraska where she married Jim Garner and devoted her young life to raising her two beautiful girls.

After divorcing, Maurene moved to North Platte where she met the love of her life, Jim Power. She and Jim established a beautiful home where they loved to spend time with family and friends, and especially enjoyed time outdoors and working in the yard. They developed a passion for travel and took many adventures to Branson and spent winters in Arizona. In addition, their travels took them to the East Coast to visit her daughter, Tina and family, all the way to the West Coast, as well as Alaska. Maurene loved supporting and connecting with her grandkids in all ways possible. She was a member of First United Methodist Church and a women’s prayer group.

Maurene was preceded in death by her father, Maurice Green.

In keeping with Maurene’s wishes, cremation was chosen. A Celebration of Life will be held at 11 a.m. on Monday, January 24, 2022, at First United Methodist Church. Memorials are suggested to the church. The memorial book may be signed online at odeanchapel.com or at Odean Colonial Chapel at C & Sycamore, which is in charge of arrangements.