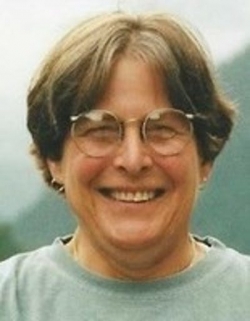 Jan Carol Colton passed away on October 29, 2021, in Sierra Vista, AZ. Jan had a fall during late summer of 2021. When taken to the hospital by a dear neighbor, she was found to have metastatic lung cancer. Jan had been unaware that she was ill with cancer and that the cancer had spread through her body. Her family and friends are grateful that her suffering did not last more than a few months.

Jan Colton was born in Erie, PA on February 10, 1950. A graduate of the College of Wooster, Jan later earned two doctorate degrees. She reinvented herself throughout her life, living in Pennsylvania, Illinois, South Dakota, Michigan, New Mexico, Germany, Nebraska, Missouri, and finally Arizona. Her career included time as a professor in the department of speech pathology and audiology at the University of Illinois. She then chose to pursue dentistry, developing her own practice. She joined the United States Air Force as an officer in 1996. Jan was a Lieutenant Colonel in the United States Air Force, serving as a medical officer for more than 6 years. She entered the Commissioned Corps of the United States Public Health Service in 2003 as a U.S. Public Health Service Commissioned Officer and became a Captain. Jan served this service until 2014, spending much of her time at Pine Ridge, offering her dental services and leadership as a Dental Director. In all phases of her career, Jan focused on building relationships and serving others to the best of her ability and with the highest of integrity.

Most recently, Jan was living on a ranch in Huachuca City, Arizona with her two beloved horses, Nagi and Cash, and two beloved dogs, Finn, and Kai. She spent time volunteering her dental services and working in dentistry in the area. Jan was known as a good neighbor and dear friend. Just two weeks before her illness was discovered, Jan and a local neighbor were working on filling potholes in the roads in their area. Jan was vibrant and strong, curious, and enthusiastic, funny, and caring. She loved her daughter Morgan, spent time in nature, with animals of all kinds, and enjoyed photography. She was a lifelong scholar, even decided to pursue a Bachelor of Arts in Photography in the last year. Jan has friends all over the United States from her careers and lives lived.

Jan was preceded in death by her parents, Dorothy Isabel and Gordon Dudley Colton, and her brother, Gordon James Colton.

Jan is survived by her beloved daughter, Morgan Reeder (Adriana Platt); her grandchildren, Maggie and Will; her sister-in-law, Joanne Colton; her nephews, Brian Colton (Joan) and Kyle Colton (Amy); her niece, Lara Colton (Abra); her two great-nephews, Thomas Colton (Abigail) and John Colton; and her godson, CoDee Johns. She is also survived by her aunt, Ruth Church; her cousins Bill Burg (Theresa), Lee Burg (Joanne); and her cousins Timothy, Karen, Linda, and Kimberly.

The family asks that, in lieu of flowers, donations be made to the American Indian College Fund: Https://collegefund.org/