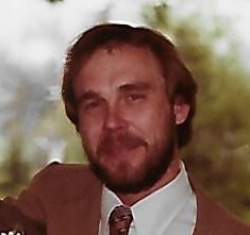 Robert Lee Tonack passed from this life at age 69 on December 21, 2022 (Winter Solstice) at Chadron Hospital after a short hospitalization.

Robert was born May 27, 1953, in Rushville, Nebraska, to parents Robert William and Dorrine Jean Tonack. He joined his older sister, and four siblings later completed the family. The rural farming and ranching community of Rushville offered many pastimes for a young man. Robert enjoyed fishing, hunting, raising rabbits, and participating in school sports. He was also a proud Eagle Scout.

Upon graduation from Rushville High School, Robert pursued degrees in nursing and architecture, studying in London, and worked in both fields.

While living in Lincoln, Nebraska, he followed his grandmother’s (Blanche DeHaven) and mother’s passion and enjoyed creating beautiful flower gardens, much to the admiration of his neighbors. He also enjoyed working on his impeccable train table for over 30 years.

Robert is survived by his only child, daughter Cameon Hanna, the joy of his life, with whom he talked frequently about anything from the weather to faith. She remembers her father as thoughtful, strong, intentional, and resilient. He is also survived by granddaughter Reagan and grandson Nixon, Debra Tonack (to whom he had been previously married), siblings- sister Cathy Patch (Ron), brother Brian Tonack (Ellen), sister Ruth Wathen, and brother Dale Tonack, along with aunts, uncles, cousins, nieces and nephews, friend Willie Stinson, and his beloved dog Max.

He is predeceased by his grandparents, Harley and Blanche DeHaven, and Art and Mary Thomas, his parents, older sister Carol Ehrman, and his beloved Siamese feline companion, Simon.

Robert lived a simple life and had a few close friends. At the end of his life, he expressed perhaps the sum of his life, “Jesus will help me”.

Cameon extends her heartfelt appreciation to family, friends, neighbors, medical personnel, and others who have extended kindness to Robert throughout the years.