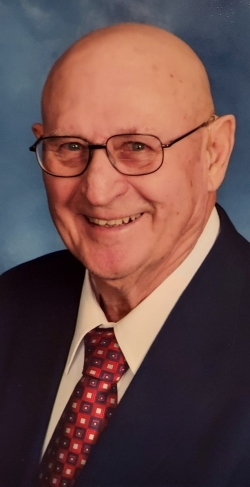 Bobby Lane Schott was born June 24, 1937, in Scottsbluff, Nebraska to Henry and Lillian (Schmidt) Schott. He passed away December 18, 2022, in Longmont, Colorado. He grew up in Gering, Nebraska-attending grade school through High School, graduating with the Class of 1956.

Bob joined the Navy on January 23, 1957, by first attending boot camp at the U.S. Naval Training Center in San Diego, CA. After boot camp he went to IC Electricians Class A School also in San Diego. After graduation and a 2 week leave, he reported to the USS Los Angeles, (CA-135). He was in port in Sydney, Australia from Sept. 1, 1957, to January 1, 1961. He was then transferred to the USS Shelton (DD790) which was dry docked at the U.S. Naval Station in Long Beach, California. Later that January, he was released from Active Duty, January 19th, 1961, as an IC2 (E-5) Petty Officer.

While in California, Bob was married to his first wife, Sondra Becktold and had two children, Cynthia and Eric. They later moved to South Dakota where Bob was employed as an office manager at his Uncle Paul Schott’s car dealership. After a move to Bridgeport, Nebraska, Bob worked at a car dealership, was divorced, and moved to Gering.

While in Gering, Bob met Violet Cooper. They later got married on March 8, 1970. Bob changed his career path and began work as an accountant for Fred Lockwood and Associates. They began to raise a family by having two boys, Steven and Bobby.

When the boys were in early elementary school, Bob and Violet moved their family to Alliance, where Bob became partners with RK Nelson and Associates until August of 1980 when they moved to Gordon, Nebraska. Bob bought the RK Nelson office in town and named it Schott’s Tax Service. He continued to work as an accountant until he retired in 2004.

Bob enjoyed casting a line with anyone who’d accompany him, vacationing with family, and following any events his grandchildren were involved in. Upon retirement Bob went on even more fishing trips with his buddies and continued as an avid (and often argumentative) golf member of the Gordon Country Club. In his later years, Bob would entertain anyone who would listen, with tales of his military experiences. His love for his country was second only to the love he had for his family.

Funeral Services will be held Wednesday, December 28, 2022, 10:00 am at the First Presbyterian Church, Gordon, Nebraska. Burial with Military Honors will be held in West Lawn Cemetery, Gering, Nebraska, at 3:00 pm.

A memorial has been established for the LeRoy “Sparky” Cooper Memorial, the Nebraska Children’s Home or Tunnel to Towers and donations may be sent in care of Chamberlain-Pier Funeral Home, PO Box 366, Gordon, NE 69343.