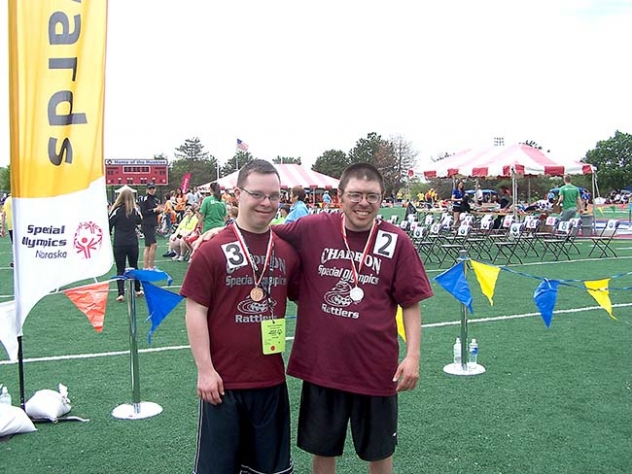 Paul Kruger from Gordon (left) and Russell Moore from Chadron (right) did a great job at the Special Olympics Summer Games in Omaha on May 22-24.

Paul Kruger and Russell Moore competed very well at the Nebraska Special Olympics Summer Games held on the Creighton University campus in Omaha on May 22-24, 2014.

The Chadron Special Olympics team is now practicing bocce on Tuesday nights at Wilson Park beginning at 7:00.  Anyone interested in helping, playing or becoming part of the Chadron Special Olympics team may contact Connie Moore, Head of Delegation, at This email address is being protected from spambots. You need JavaScript enabled to view it. or 970-629-2689 or just come by the park for some fun playing bocce ball.