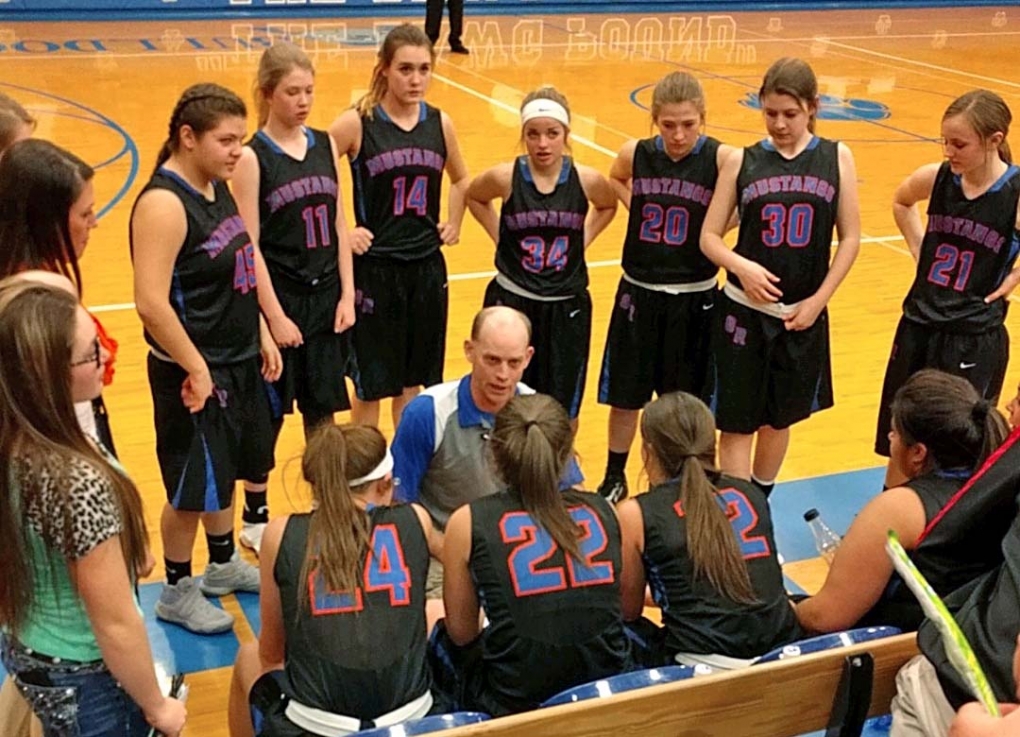 Coach Randy Hurlburt talks to his three seniors during subdistricts in Alliance. Photo by Chris Heiser

The Gordon-Rushville Girls Basketball team played their last game on Tuesday, February 16. The Lady Mustangs knew going into their subdistrict final game against Mitchell that they would need leading scorer, senior Josie Perez, more than ever. Unfortunately, so did the Tigers. Mitchell heavily defended Perez throughout the night, holding her well below her season average of 19.7 ppg at just 5 points. As a team, the Mustangs made only 19 percent of their shots en route to a 59-29 loss to the 22-1 Tigers.

The first few minutes of play looked promising as the Mustangs ran away to a 7-2 lead. Mitchell adjusted quickly though, and led the Mustangs 11-7 at the end of the first quarter. Gordon-Rushville still showed signs of life in the second quarter, despite falling behind 26-16 by half-time. The glimmer of hope quickly faded in the second half as Mitchell outscored the Mustangs by ten in each of the final two quarters to run away with the 59-29 victory.

Gracey Perez was the leading scorer of the night with 11 points. Kenna Campbell was next with 9.  The Lady Mustangs finished their 2016-2017 season with a record of 16-7.

More in this category: « Lady Hawks fall to Crawford in final game Knocked to her Knees Gordon cowgirl prevails over knee, hip surgeries; is back to rodeo »