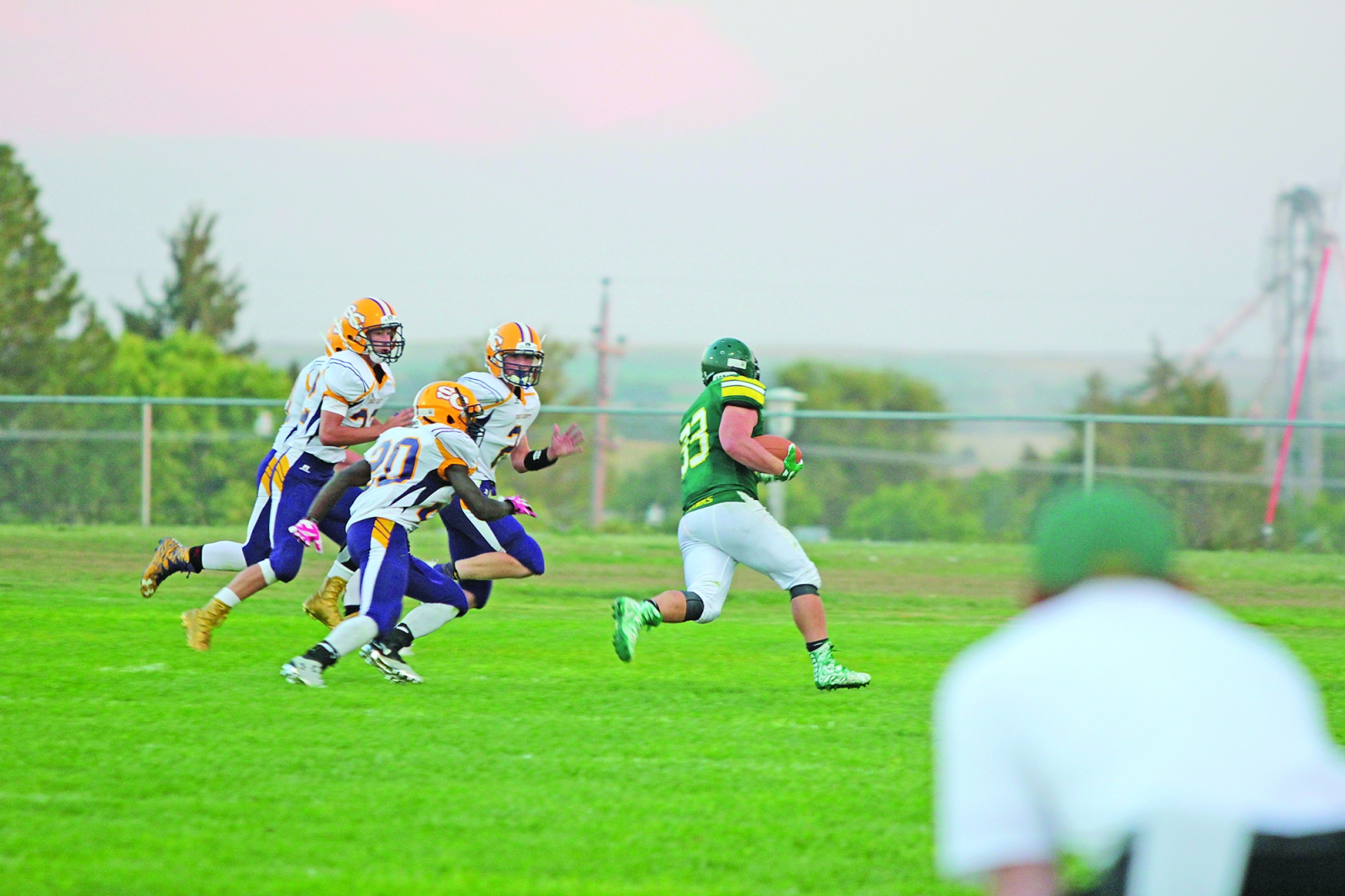 The Hay Springs football team hosted the Sioux County Warriors on Friday, August 25 in their first home game of the season.

The Hawks’ game plan was to play fast and set the tempo on offense and defense. Coach Josh Borm said, “we initially planned to gamble and blitz heavily until they exploited us in that area.”

The Warriors put 16 points on the board within the first three minutes, so the Hawks adjusted their strategy. Coach Borm felt the team adjusted to the change well. They worked on tackling and reduced their turnovers and penalties. “We definitely struggled with tackling their shifty ball carriers,” said Borm. “We have to be better tackling in the open field and also gang tackling where all six players are getting to the ball.”

The Hawks improved their tackles and forced turnovers throughout the game that converted into points for them. The Hawks offense looked strong with over 600 yards and 80 points. Junior Trent Reed ran for 438 yards, 7 touchdowns, threw for 62 yards and a score. They won the game 80 to 56.