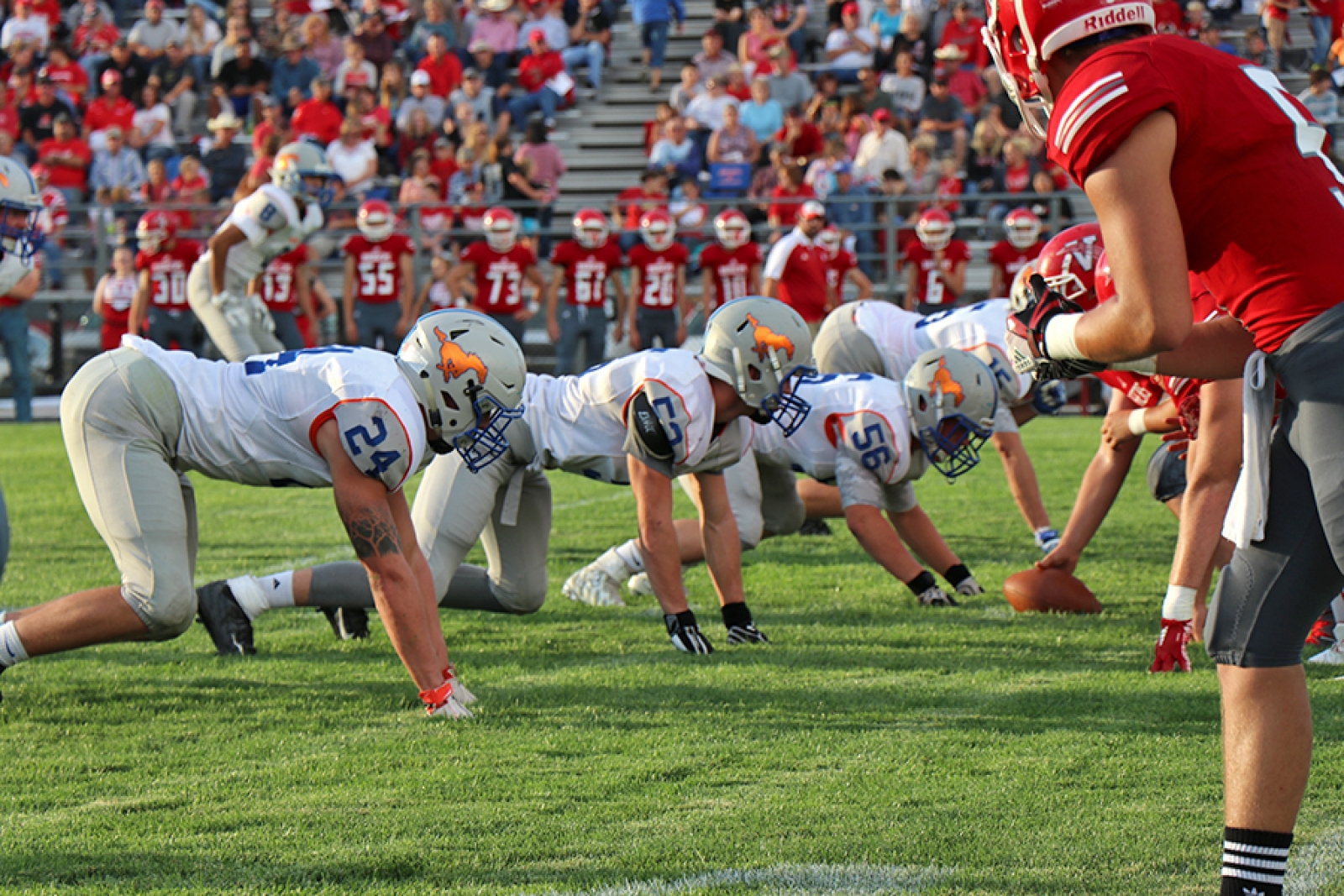 The Gordon-Rushville Mustang Varisty football team took on the Valentine Badgers for their first game in the regular season on Friday, August 25.

The Mustangs struggled getting into a rhythm both defensively and offensively during the first and second quarters of the ballgame. The Mustangs trailed by 39 points at halftime.

The Mustangs held the Badgers to zero points scored in the third quarter, but they could not score themselves. During the fourth quarter, Gordon-Rushville broke their dry spell by scoring a touch down, but Valentine had a big enough lead that it didn’t effect the end result. Valentine defeated the Mustangs in the season opener with a score of 51-6.

The Mustangs will take on the  Kimball Longhorns on Friday, September 1 for their first home game in Gordon.