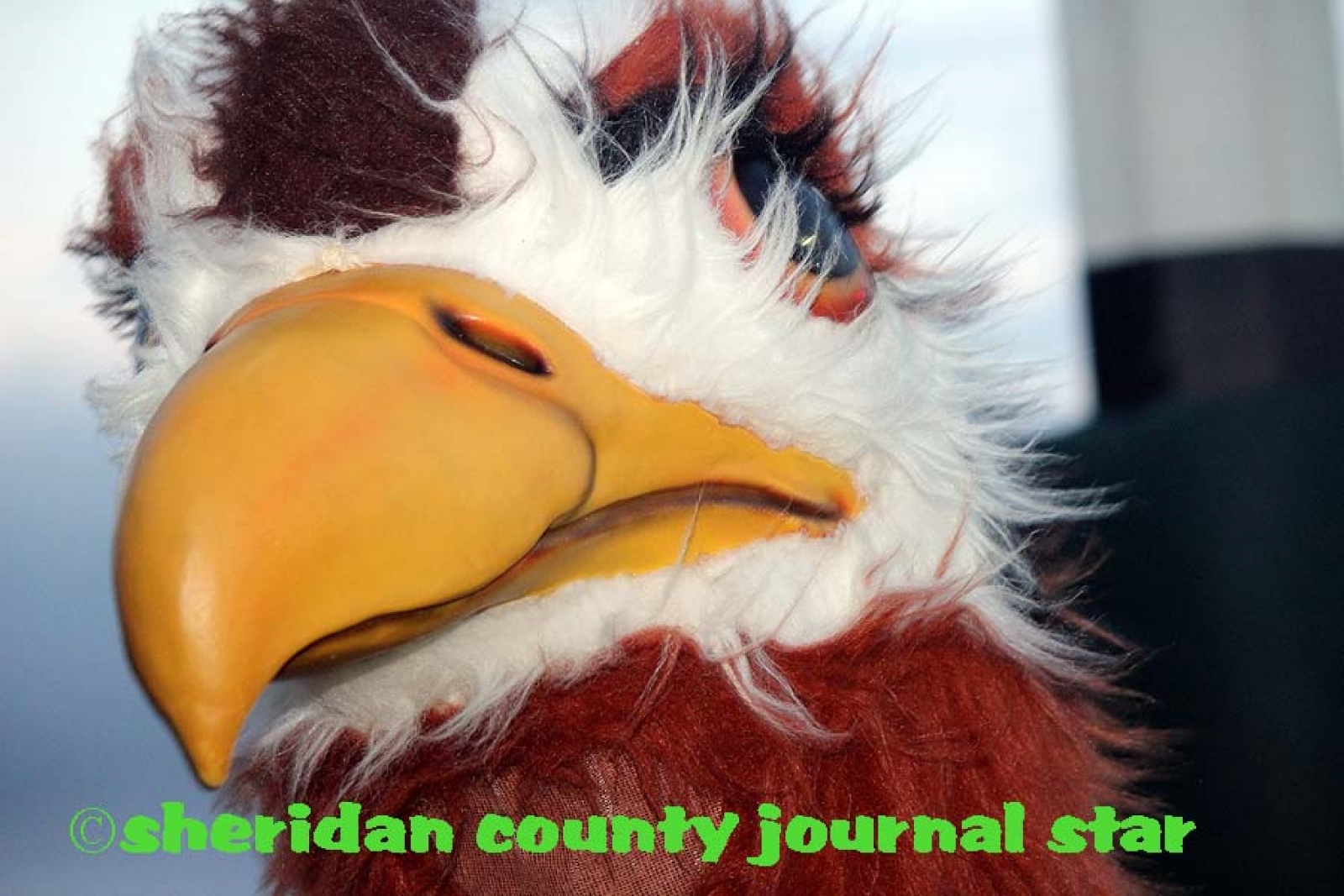 With a slight breeze on the field, the Hawks awaited the opening kickoff from the Wolves. Neither team moved the ball during their first possessions, but the Hawks’ defense helped give the offense momentum throughout the rest of the quarter. With just over four minutes remaining in the first quarter, senior Coy Wolken got a pick against the Wolves’ defense that led to Trent Reed scoring a Hawk’s touchdown. The Hawks led 14-0 at the end of the first quarter.

As the second quarter kicked off, the Wolves’ offense scored their first touchdown. As the Hawks’ offense took the field, the Wolves’ defense forced a turnover and converted for another 7 points. Both teams managed to score again at the end of the second quarter, leading to a 22 all game at halftime. “We worked well together because we did not fall apart when things were going against us,” wrote Coach Josh Borm. “Those are the times that we need to stick together and we did a very good job of that.”

As the Hawks competed in the second half, Coach Borm said the players came alive, which made the difference. Junior Trent Reed ran for 280 yards and 4 touchdowns. He also threw for a touchdown and kicked three extra points, accounting for 30 points. Bryce Running Hawk ran for 86 yards and Coy Wolken had two catches for 37 yards and a touchdown. Borm said the Hawks’ biggest standout player was Chales (Chaz) Schiaffo. He had 12 tackles in the second half.

The Hawks gave up 14 points in the second half and defeated the Wolves 49-36.

Their next home competition is against the Fleming, Colo., Wildcats on Saturday, September 23 at 6 p.m.