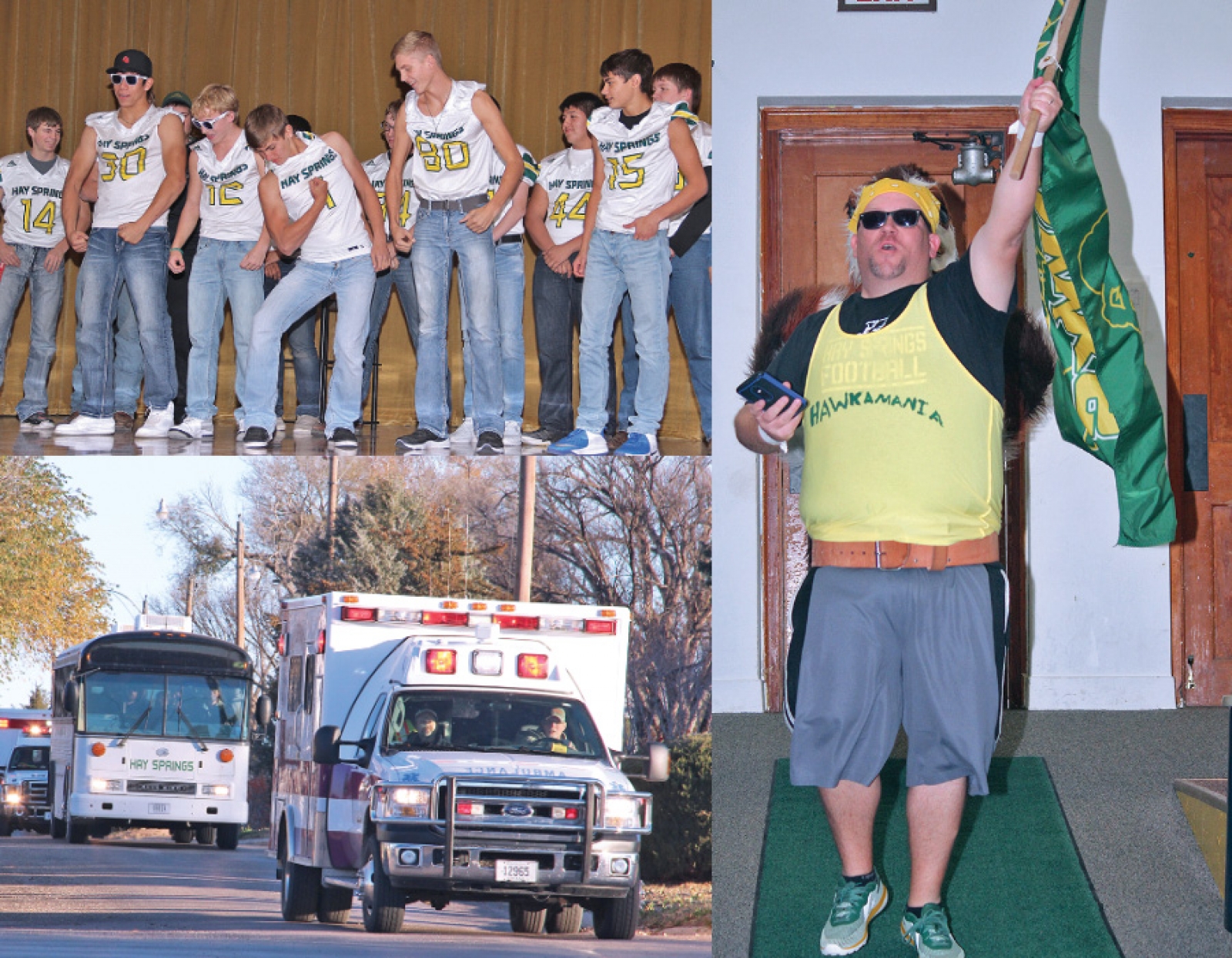 After a pep rally and community send-off, the Hay Springs football team traveled to Spalding on Friday, October 27 for the first round of sub-districts.

The Hawks came ready to play as their offense took an early 12-0 lead in the first quarter and the defense shutout Spalding Academy’s offense during the first half. Despite the Hawks’ momentum going into the half, the Shamrocks returned the second half kickoff for a touchdown, narrowing the Hawks’ lead to 12-8.

Offensively, the Hawks scored six points in the third quarter to the Shamrocks’ 14 points. As the game clock ticked down to the final minutes, the Hawks’ held off the Shamrocks to win 26-20 and advance to the semi-finals. “We did a good job of battling and playing through adversity to come out on top,” wrote Coach Josh Borm.

During the second round of playoffs, the Hawks host the Riverside Chargers. The Chargers are seated first in the playoff bracket and remain undefeated on the season. The Chargers have won three consecutive state titles and have a winning streak over 40 games. “We need to focus on being mistake-free,” wrote Borm. “We have to be ready to execute on both sides of the ball or it will be a long night for us.”

With the home field advantage, the Hawks are looking to beat the Chargers with the help of the fans. “We are undefeated at home this season and I think our fans have a lot to do with that,” wrote Coach Borm.