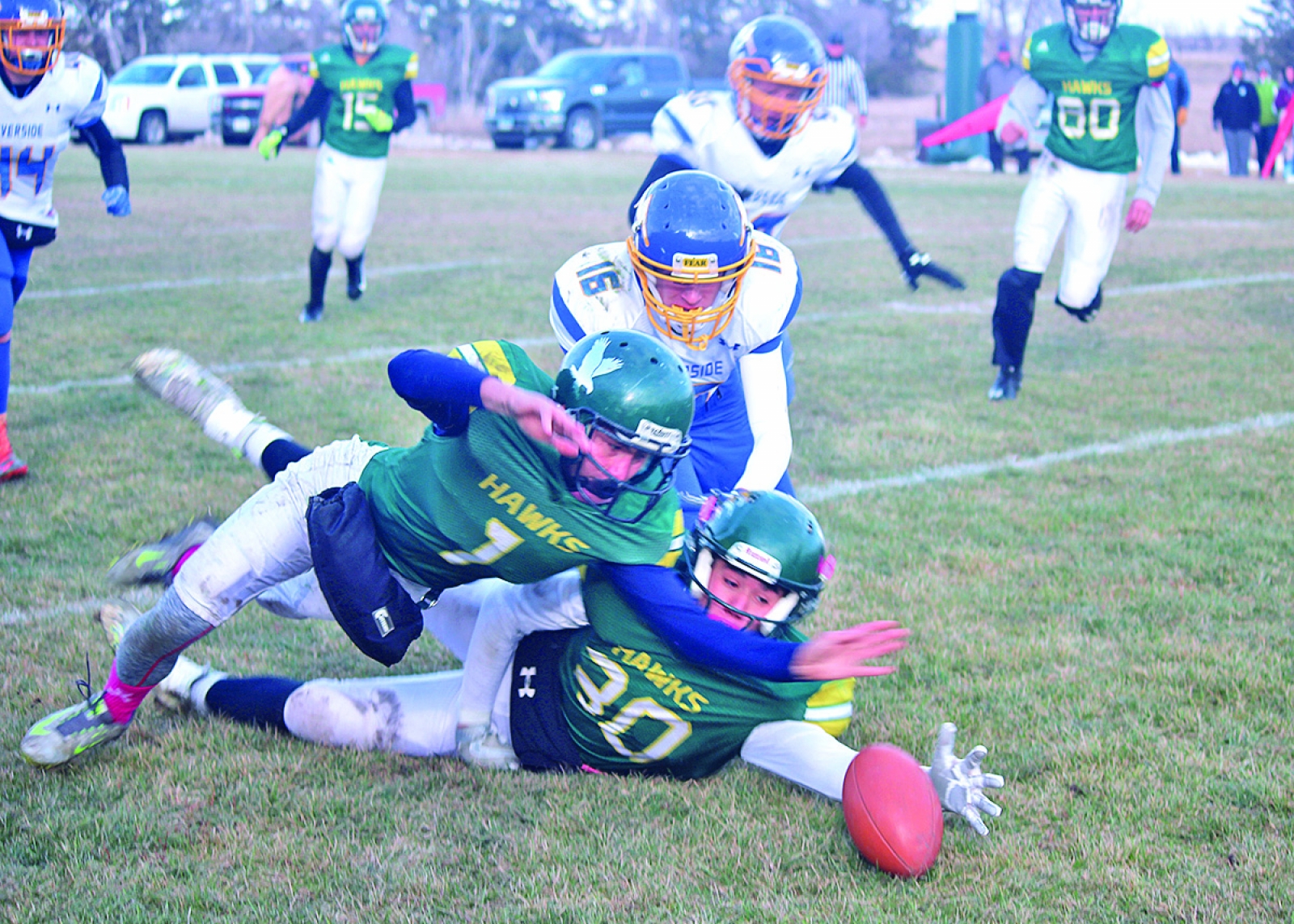 Despite the frigid temperature and wind that blew across the Hay Springs football field Friday afternoon, fans came out to show their support as the Hawks hosted the Riverside Chargers in the football semi-finals. The Chargers offense dominated the field and won the game 82-34.

The Hawks pressured the Chargers’ quarterback early but struggled to stop their running game. Riverside got on the board first, but Hay Springs’ Trent Reed answered after a scramble over Chargers’ defenders.

On the other side of the ball, the Hawks’ offensive line could not contain the Chargers, which limited the Hawks’ running game. They scored two touchdowns in the first quarter and did not reach the end zone in the second quarter. During the second quarter, the Hawks were deep in their own territory and fumbled the ball, which resulted in a Chargers’ touchdown. Riverside put up 74 points in the first half.

During the second half, the Hawks’ offense gained some momentum in the running game. The Hawks scored 16 points in the third quarter and shut out the Chargers.

As the fourth quarter clock signaled the end of the competition, the teams met at the fifty-yard line for handshakes. Fans chanted “we are proud of you” as the Hawks huddled one last time. “Our kids played much harder in the second half,” wrote Coach Borm. “I think they did a great job of finishing a great season in front of a great crowd.”

The Hawks end the season with an overall record of 8-2 and a district record of 5-1. The Chargers will advance to the state championship game against Harvard on Thursday, November 9 at 7 p.m. at the University of Nebraska-Kearney’s Foster Field.