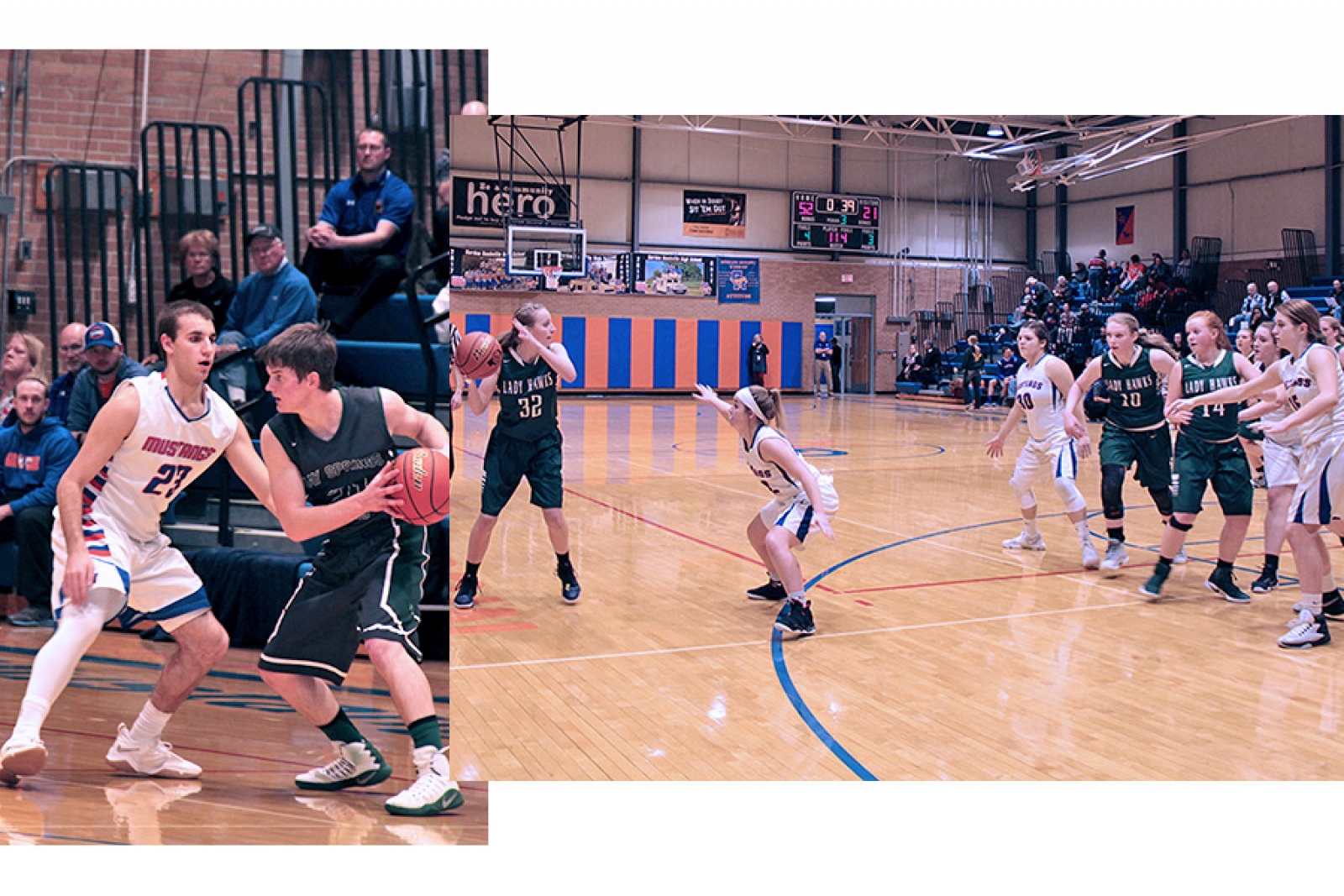 The Gordon-Rushville Mustangs and the Hay Springs Hawks boys and girls basketball teams met in Gordon on January 9 for a Sheridan County rivalry game.

The varsity girls basketball game was an exciting one for both sets of fans. In the first quarter, offense was strong for both sets of girls, but with an inconsistent Hay Springs defense, the Mustangs went into the second quarter leading 13-9. The second quarter proved to be more successful for the Mustangs as they held the Hawks to scoring 10 points compared to their 22. At half-time,  the score was 41-19.

The Mustangs momentum carried over into the second half of the game. Hay Springs could not recover from their first half deficit, and they did not score over 10 points in the final quarters. With a final score of 70-31, the Gordon-Rushville girls came out victorious.

Leading scorers for the Lady Mustangs were Gracey Perez, Callie Shultz, and Jacobie Knight. Perez had 14 points on the night. Shultz scored 12 and Knight scored 10.

The Hawk and the Mustang boys match-up was next, and the Sheridan County rivals played an outstanding game of basketball for all fans to enjoy. In the first quarter, the Hawks struggled to get into the rhythm of the game both offensively and defensively, and the Mustangs were ahead 24 to 3. Hay Springs gained some momentum in the second and scored 13 points. The score going into the third quarter was 42 - 16 in favor of Gordon-Rushville.

The third quarter showed a score of 65 to 22, but the fourth quarter seemed to be a bit of a struggle for both teams in terms of scoring. The Mustangs scored 10 points, and the Hawks scored two. The final score was 75 to 24 with a win going to the Mustangs.

Top three Mustang scorers were Jared Nelson with 25 points, Korby Campbell with 19 points, and Dylan Schwarting with 8 points. Hay Springs’ player with the most points on the night was Trent Reed with 14 points.