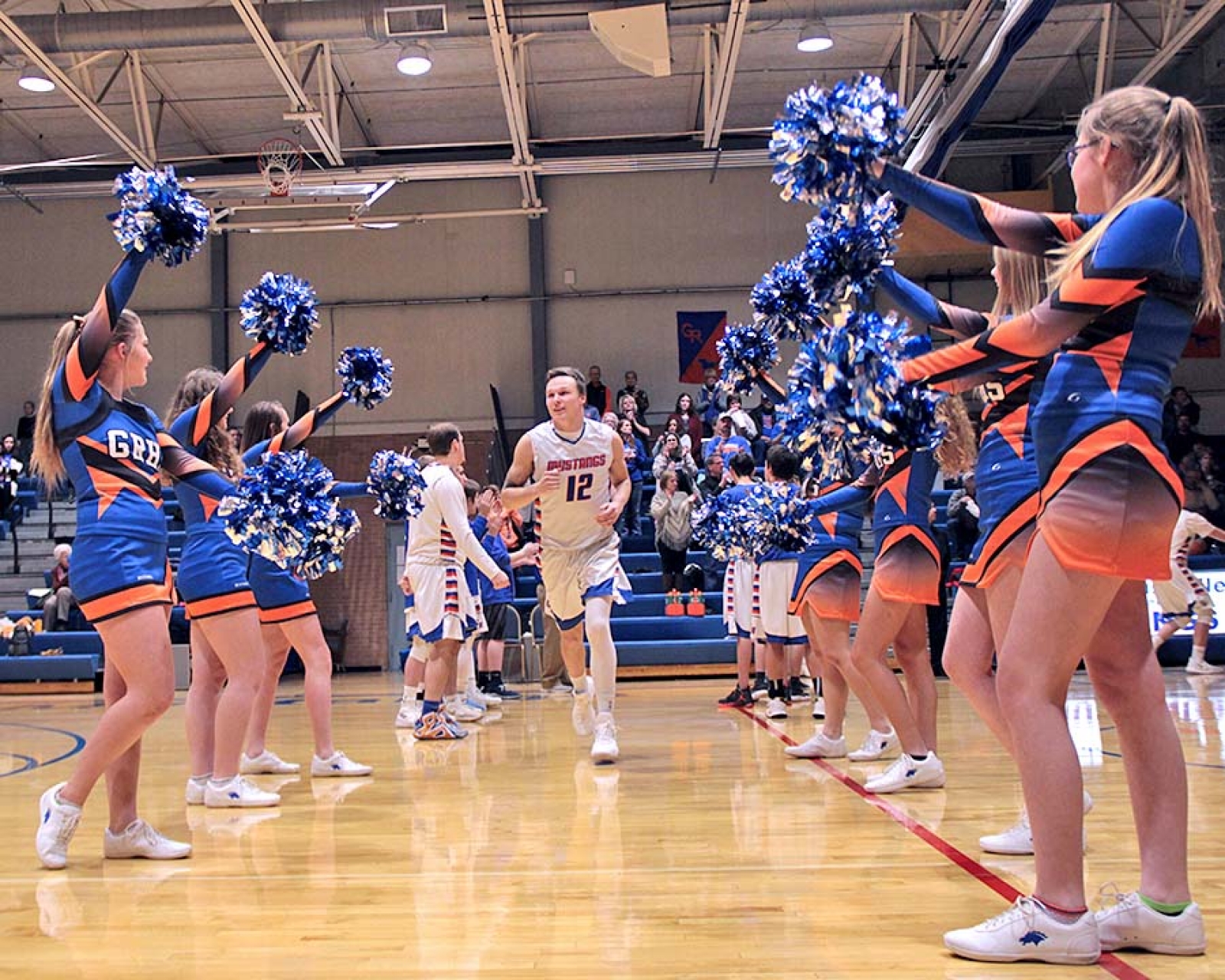 The Gordon-Rushville boys basketball team rode a five-game winning streak into the subdistrict opener in Alliance Tuesday evening as they looked to repeat their success over the Valentine Badgers. With the Mustangs’ 51-35 victory, they advance to the subdistrict C1-12 final. They face Mitchell on Thursday, February 22 at 7 p.m. in Alliance.

The Mustangs came out strong on both sides of the ball against the Badgers. After establishing a 20-12 lead at the end of the first quarter, the Mustangs continued to apply pressure while on defense. They limited Valentine to 4 points in the second quarter and extended their lead to 36-16.

After halftime, the Mustangs struggled at the rim during the third quarter but maintained a 13-point advantage over Valentine. The Mustangs won the first round of the subdistrict C1-12 bracket and will advance to the finals to face Mitchell after their 38-36 win over Chadron. That game is on Thursday, February 22 at 7 p.m. at the Alliance High School.

Senior Jared Nelson led the way on offense, scoring 16 points during the game. Korby Campbell scored 9 points and Dylan Schwarting had 8 points. Campbell led the team with 9 rebounds and 3 steals. Carson Hinn and Trace Beguin both had one block during the game.

The Mustangs, who haven’t lost since before the Western Trails Conference tournament, are the favorite to win the subdistrict bracket. They enter as the top seed and are undefeated this season against the other three teams in their subdistrict.

The Mustangs just played Valentine this past Friday, easily handling the Badgers in a 59-33 win. If the boys are able to continue their success this week, they will advance to the district final Monday, February 26.