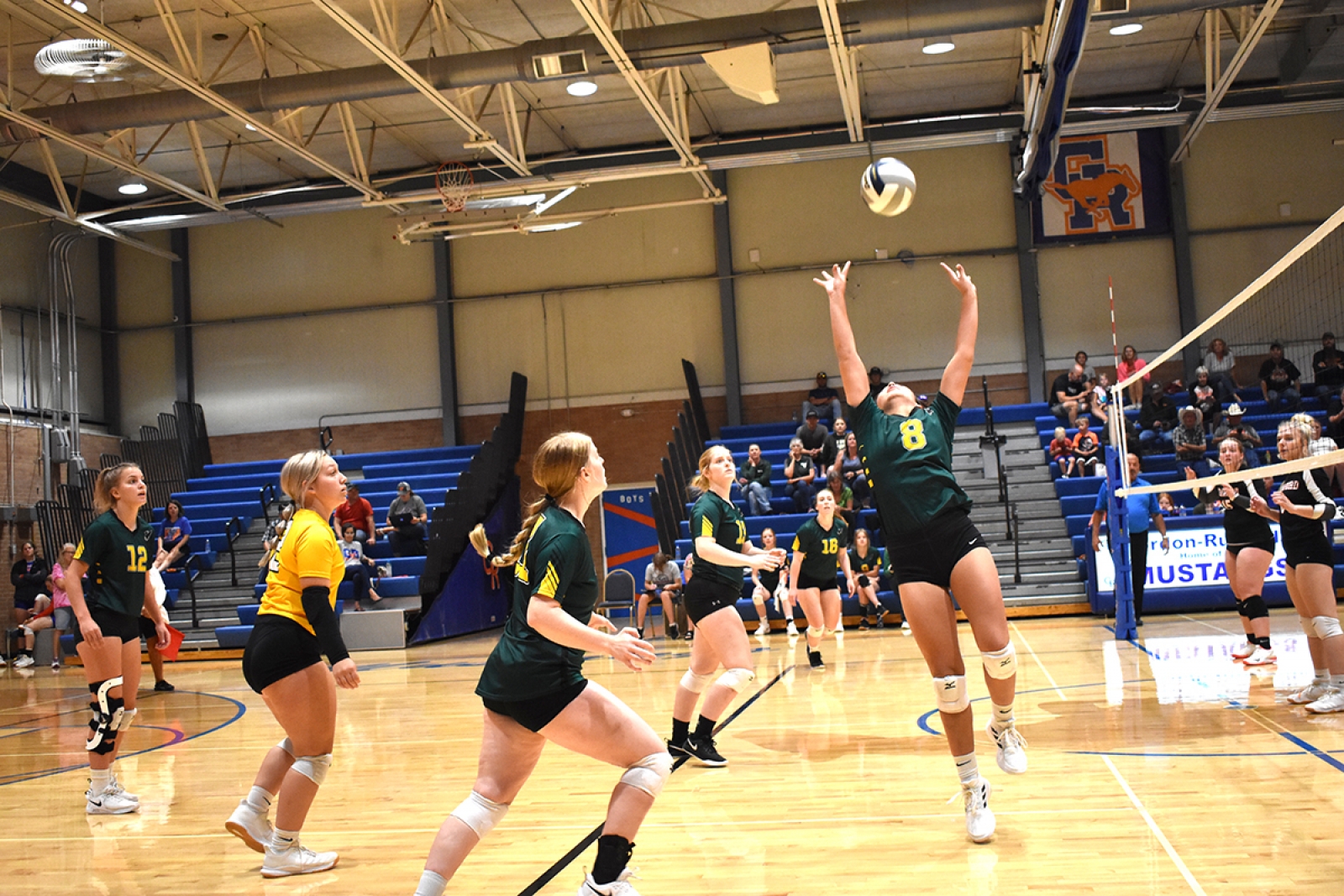 The Hay Springs Hawks continued their strong start to the 2021 season with a solid 3-1 record this past week.

Three solid wins set the tone for the successful week, pushing the Hawks record to 6-2 on the season.

The Hawks spent the whole week on the road, traveling to Gordon and Crawford for triangulars.

First was the tri at Crawford which pitted the Hawks against the Rams and the Hemingford Bobcats.

The Hawks had a perfect day, winning all 4 sets they played and swept both the matches.

In the match-up with Crawford, the Hawks won 25-19, 25-18 to get the win. Junior Breely Smith had 5 kills and sophomore Gabby Twarling added in 6 aces.

The win over the Bobcats was also in two sets, 25-22, 25-16. Senior Ashley Tobiasson and Twarling had 6 kills a piece in the victory.

On Saturday, September 11, the Hawks made the trip to Gordon for the Mustang triangular.

They faced off once again with the Crawford Rams and swept them 26-24, 25-16. Junior Samantha Toof had 5 kills in the win and Twarling added in 3 more aces.

The final match of the week was against the Sheridan County neighbors, the Gordon-Rushville Mustangs.

The Hawks took the first set in exciting fashion, 25-23. The Mustangs bounced back though to win the final two sets and deal the Hawks the loss.

Twarling and Toof each had 3 kills a piece in the loss.

“I was very pleased with our week last week.  We did a lot of very good things,” said Head Coach Lisa Merritt.

“I was pleased with our serve receive and even in our loss to Gordon-Rushville I thought we received the ball very well,” she added.

One stat line that has stuck out for the Hawks in the 2021 season is the total aces for Twarling. The Hawks sophomore has 25 aces through the first 8 matches, setting the tone for the team.

“(Twarling) is such a competitor in games and practice and that has helped make her serve game very strong. The whole team is confident with Gabby at the service line,” said Merritt.

“She has no fear and that wears off on her teammates,” Merritt added.

The week ahead for the Hawks will feature three matches.

A trip to Cody-Kilgore High School for a triangular with the Cowgirls and the Hyannis Longhorns on Tuesday, September 14 will begin the week.

The Homecoming match will be on Friday, September 17 as they welcome the South Platte Knights for an afternoon showdown beginning at 3 p.m.

The Knights will bring a 8-1 record into the match-up.

“Cody-Kilgore is always competitive and look forward to those games this week with them and Hyannis. South Platte will be tough and we will need a flawless game to take one from them,” said Merritt.

More in this category: « Cardinals hold off Mustangs for the 28-7 win Mustang Football downs Mitchell for first win of 2021 season; first Mustang win for Chris Jones »