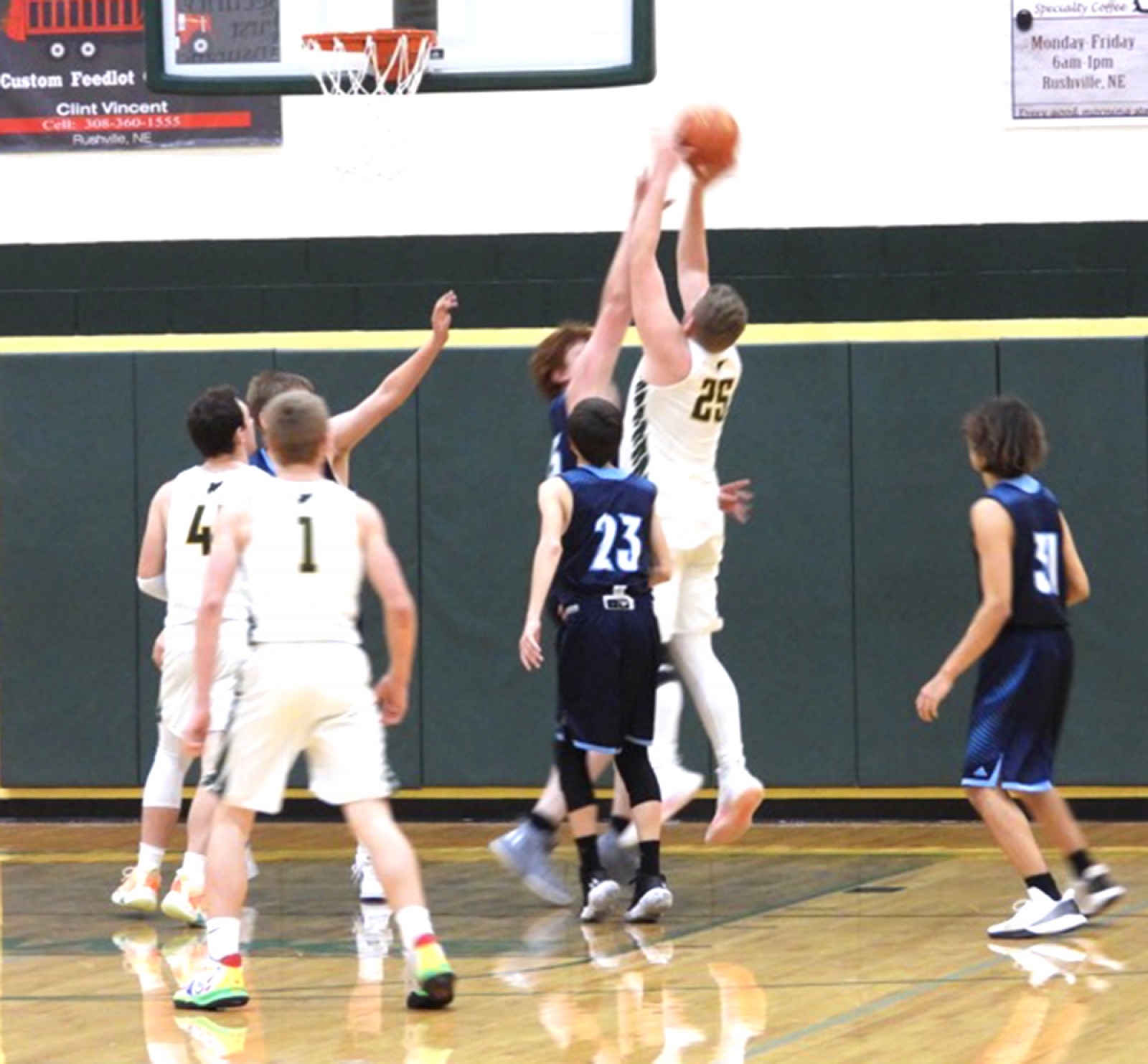 The Banner County Wildcats came to Hay Springs for a match-up with the Hawks and not much went in favor for the visitors.

The Hawks jumped out early and scored often, winning their fourth game of the season, 80-17.

Junior Toby Scherbarth had a huge night on the hardwood for the Hawks.

Scherbarth scored a career and season high 24 points to lead the team and also collected 16 rebounds for a very solid double-double.

Senior Gwabe Varvel was right behind his teammate with 16 points scored. Fellow senior Logan DeCoste, secured another double-double for the Hawks with 13 points and 11 rebounds.

The win over the Wildcats pushed the Hawks to the .500 mark at 4-4 on the season.

They have upcoming games against the Oelrichs Tigers on Tuesday, January 4 at Lister Sage and a trip to Leyton on Saturday, January 8.