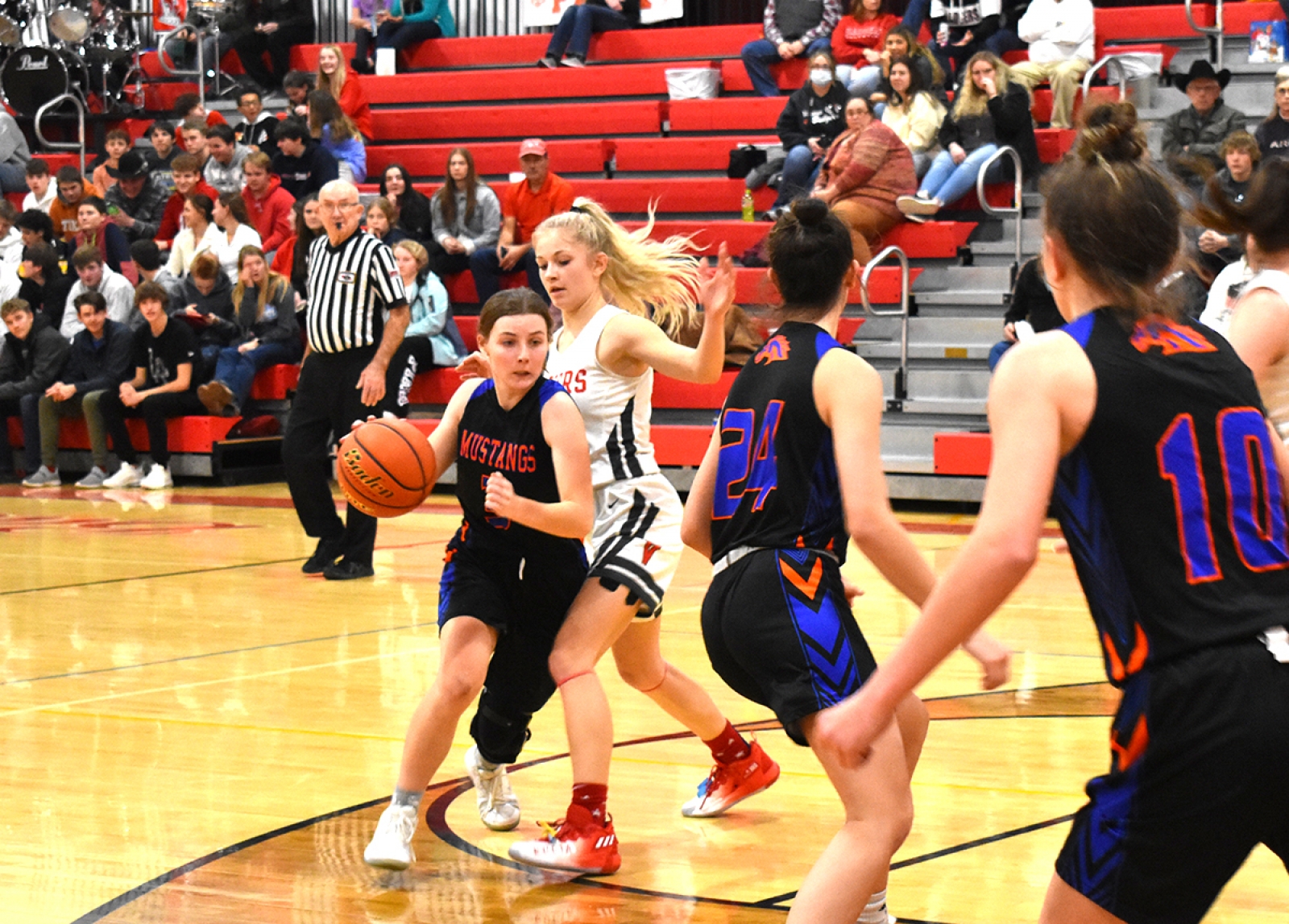 The Gordon-Rushville Girls Basketball team originally had three games scheduled for the past week but mother nature stepped in and postponed their match-up with Cody-Kilgore.

So the girls got an extra day of practice and took off on Friday, January 7 to play the Valentine Badgers.

The two teams locked in and played mirrored basketball through three quarters, ending up tied at 35 a piece.

But the Badgers came out strong and fast in the fourth quarter, running away from the Mustangs for the 54-43 win.

Sophomore McKinley Grover led the Mustangs with 12 points and 7 rebounds.

Junior Tessa Hurlburt and sophomore Haley Johnson were right behind their teammate with 9 points a piece. Hurlburt also had 4 assists in the loss.

The Mustangs had no time to sulk in the defeat as they turned around and headed to Bayard for an early afternoon tip with the Tigers.

Bayard and Gordon-Rushville are not only Western Trails Conference opponents but also will be in the same Sub-District bracket.

The Mustangs started out strong, amassing a 33-26 lead heading into halftime. The girls continued their strong play and solidified the win, 60-48.

Johnson and Hurlburt both had huge nights for the Mustangs with the pair scoring 23 and 21 points respectively.

Johnson added in 6 steals and 4 assists and Hurlburt made three 3-point shots and had 4 steals.

At the conclusion of the week, the Mustangs record stands at a solid 7-4 overall.

It will be a busy week up next for the ladies as they will play a trio of games.

First up will be the Sheridan County Showdown with Hay Springs on Tuesday, January 11. They will follow that up by hosting the Gering Bulldogs on Friday, January 15. The week will conclude with another WTC match-up; this time with the Kimball Longhorns.

The games against Hay Springs and Gering will be broadcast live on the Journal Star’s YouTube channel.

More in this category: « Hawks drop pair to Alliance, Leyton