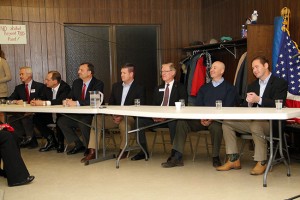 KEARNEY, Neb. (AP) - A former Nebraska Army National Guard soldier is launching a tough new mission to unseat the Republican congressman who represents the western two-thirds of the state.

Brewer said he knows it will be difficult to defeat Smith, who has held the House seat since 2007, but Brewer said he wants to make sure western Nebraska has a strong

Watching Nebraska football is a lot like playing golf.  Sometimes everything comes together, you make the perfect shot, and it seems so easy.  Other times, you can’t make a three foot putt to save your life.  When you make the perfect shot, do you give credit to your club?  Your ball?  Your partner who told you to keep your head down?  How about when you chunk it – surely it’s easier to blame the club, ball, wind, last summer’s eclipse…you get the point.  In football, like